Home/ University of Warmia and Mazury 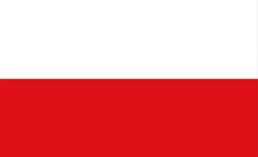 University of Warmia and Mazury University of warmia and mazury was founded on 1999. On July 17, 2007, the University of Warmia and Mazury in Olsztyn established the Faculty of Medical Sciences (FMS)

In 2004 and 2008, the Student Parliament of the Republic of Poland named UWM a student-friendly university for the second time. Seventy universities competed for this prestigious award.

Its Kortowo campus has received an award for ‘Polish 7 wonders of nature’ by the monthly National Geographic Traveler. Additionally the university has also received two awards for the ‘Student Friendly University’.

To train future doctors for medicine in the twenty-first century, the university follows international education principles. The extended program is focused on rigorous European and American standards as well as a comprehensive educational experience.

The university is also known as the most beautiful green campus in Poland with a lake. It is a top quality teaching medical campus which offers a 6 year Medical Doctor Program. Currently 30000 students have been educated at seventeen different faculties and over sixty five branches of study in the university.

The entrance exams for all Eastern European Medical universities for Medicine are conducted twice, where the applicant can select one from the two. The first round of the Entrance Exams for fall intake will be in January/ February and the Second round will be in April/ May.

The tuition fee for academic year 2021:

For further details about the university, please visit the website: https://wl.uwm.edu.pl/en